I was appointed as President of CCV in August of 1991, but returned to Oregon after only three years in the position.  As such, it is important to remind myself that my time with CCV was brief and long ago.  I hope what follows is reasonably accurate. 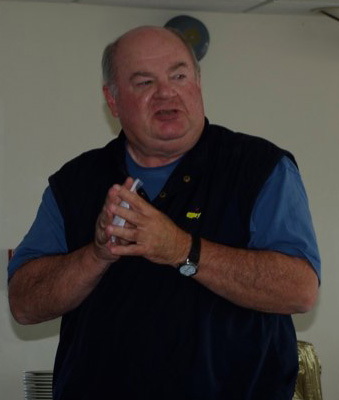 When I arrived in Vermont, I was surprised by most of what I discovered at CCV.  I marveled at how the prior Presidents, and the wonderful staff at CCV, had created a vibrant college with pure energy and imagination alone.  CCV received almost no money from the Vermont State Colleges yet served more than half of the entire system’s headcount enrollment, paid all employees starvation wages, operated out of derelict facilities, and was almost totally without modern technology (e.g., information technology).  Facing these challenges, the former Presidents had delivered a college that somehow worked and was actually hungry for an even larger role in Vermont’s higher education community.

I was also surprised by how CCV was viewed by some of the other leaders in Vermont’s higher education community.  Rather than encouraging CCV to expand its offerings to include recent high school graduates and employers, there was a determined effort to limit CCV’s work to low income adult Vermonters who would not otherwise have access to college.  The fear, often expressed explicitly, was that CCV’s statewide presence, low tuition, and entrepreneurial energy would tap into student markets that more traditional colleges wanted to preserve for their own recruitment efforts.   An aggressive CCV worried its sister institutions.

The final surprise I will mention was discovering the depth of CCV’s pool of talent.  I have worked in higher education for nearly 40 years, only three of these years in Vermont.  However, if asked to name the 20 most talented people with whom I have worked in 40 years, it would surprise many to see the number of Vermonters on my list.  I should also add that these wonderfully talented people were deeply attached to the mission and students of CCV; attached in a way that was striking then and remains a clear memory to this day.

So what did we actually do when I was there?

A)     The very first thing I wanted to improve was the physical spaces our staff and students were using.  With the exception of our site in Brattleboro, every other teaching site in Vermont was impossibly inadequate (and often unheated and unsafe).  Over the course of three years the college developed its first “built for CCV” building in St. Albans.  This was followed by another new building in Springfield.  Soon after Springfield, CCV was fortunate enough to partner with the State of Vermont and relocate its Burlington operations to a new state office building in downtown Burlington.  During my three years we also relocated our Rutland site, White River Junction site, Montpelier site, and were close to relocating the Bennington site.

With these improved sites came appropriate signage announcing our presence and presenting our brand in a way that was much more visible. (The current maple leaf logo made its earliest appearance at this time).  It is very important to note that none of these improvements would’ve happened without the leadership of Tim Donovan.   When I first arrived I immediately became aware of Tim’s talents and energy, and brought him into the central office to fully engage him in transformational projects, including these buildings.

B)      Beyond buildings, it was also necessary for CCV to enter the electronic age.  When I first arrived, sites communicated with each other by telephone or courier.  Desktop computing was rapidly being deployed throughout America and networked work sites were transforming the workplace.  CCV needed to join this movement and when a cash surplus appeared in the spring of 1992, we decided to take the plunge.  In a little over a month from the time the decision was made, every full time CCV employee had a desktop computer and the computers were all networked (another Tim Donovan miracle).

I still remember with amusement the conversation I had with one staff member about “why are we wasting money on these damn computers.”   Six months after installation we had a brief power outage at the Waterbury office and this same staff member was in the hallway saying he should go home because he couldn’t do any work without his computer.    While CCV wasn’t the only place transformed by personal, networked computers, the decentralized nature of the college magnified the importance of this step forward.

C)      While I was at CCV, we also began to rethink our degree attainment model.  In 1991 it was expected that all degree seeking students would engage in a deeply introspective, but staff guided, process to design an individualized degree plan.  Final plans might look very similar for any randomly selected group of students, but it was in the college’s DNA that every student had to walk their own path to arrive at a degree plan.

While it was difficult to argue with the good intentions of self-discovery, the degree attainment process was very labor intensive for staff and served as a kind of natural limitation on how much we could grow enrollment.  Sites with only two coordinators can only serve so many pioneers on the path to self-awareness.   CCV did not complete this process while I was there, but the rethinking and reimagining of the curriculum had started.  And, with typical CCV concern for its students and its culture, it was critical that the transformation leave intact important student accountability elements.   Barbara Murphy, serving then as CCV’s Academic Dean, was a masterful guide as this difficult work began.

D)     When I came to CCV I was struck by how modest our efforts were to serve employers in the State of Vermont.  Our price structure and flexibility were advantages that, to my mind, ought to be attractive to businesses that needed customized training for workers.  I soon learned that the VSC was not terribly excited about CCV becoming ambitious in its outreach to employers.  The concern was that an active, inexpensive CCV option for employers might have a negative impact on the traditional role of Vermont Technical College.  CCV and VTC never did work out “rules of the road” while I was at CCV, but I was proud of the fact that CCV began to be more assertive and ambitious in its work with business and industry and that today its workforce role is robust and valued in Vermont.

A short tale to close, most of which is true:   When I was at CCV, Tim Donovan constantly bragged about this wonderful coordinator what worked in our Springfield site.   I finally got to meet this wonderful person whose name was (and is) Joyce Judy.  Tim was right in his talent assessment, and after being at CCV for several months, I noticed that Joyce did not have a Master’s degree.   The next time I saw Joyce I pulled her aside and said I thought she should complete her degree.  I told her she had limited prospects at CCV without the degree, and unlimited prospects with the degree.  A short time later, Joyce completed a Master’s degree program.  I wonder what became of her.

It was my honor to serve as CCV’s President from 1991 through 1994.  The wonderful work of the college, and the unbelievably good people who worked for the college, changed me more than anything I did to change the college.   I will remember fondly, and forever, the time I spent at CCV and hope that I had a small positive role in its development.    My best wishes to all.

One thought on “Mike Holland”