I did not choose CCV, it chose me. I was a fairly recent graduate from Keene State College and Paterson State College. I had done my course work in New Jersey and when we moved to Saxton’s River, I finished my degree in elementary education at Keene. At the time, there was a big demand for teachers and I quickly found a wonderful job teaching a small group of kindergarten students who for a number of reasons (emo­tional, mental, physical or a combination) were not quite ready to enter school. This was a federally funded program so they had funds to do all sorts of innovative things. I was extremely happy with this position. Fortunately as well, it was in the Saxton’s River Elementary school where my kids went to school.

I so clearly remember that in August of 1978, while visiting my parents in Massachusetts, the phone rang. The principal called to tell me that my position was not going to be funded and I was without work. Of course, I was shattered. Only a month until school started. I was a single mom with two kids and now no job. What would I do? Fortuitously, I qualified for CETA (The Comprehensive Employment and Training Act) which was a government program to train workers and provide them with jobs in the public service. The opening closest to my home was at CCV in Bellows Falls where there was a need for an office manager. So, by beginning of the 1978 school year, I had a new job.

CCV was located next to the CETA office and there was much reciprocal interaction since many of their clients were our students. The CCV office was pretty rough and the CETA office only a bit better. We had desks, phones, typewriters and a few book shelves.

The highlight of the office was the bathroom. It was in the basement. The door was at the farthest end of office, down the stairs to a dirt basement and then a walk back to the front of the building where there was a wooden enclosure with a toilet. Dark, dank and scary but worse of all were the rats and roaches. We would bang and make lots of noise to scare the rats away who were pretty much out of sight during the day any­way. We kept the light over the toilet on constantly so that we could see any roaches before stepping up to the toilet. Alternatively, we could go to the CETA office next door which was marginally better but often had a line and smelled dreadfully. In hindsight this seems pretty awful but we just treated it as the way it was.

What stands out to me besides the intriguing and varied CCV employees was the range of students. Many seemed lost, others were desperate, some eager to begin in higher education, and others who wanted a single course to improve employment possibilities.

The various CCV staff certainly made up for the basic environment. They were always encouraging and cheerful to the student as well as supportive of the teachers. At some point the office closed and I was transferred to the Springfield office which was certainly an improvement in terms of office space. By 1980 I became Curricu­lum Coordinator, one of the most enjoyable jobs of my entire career in academics. I mostly worked with the high school for space and then local business and arts people for teachers. At the time the accounting courses had the biggest demand. My challenge was to find great accounting teachers. Fortunately, I was able to recruit from the Tuck School of Business at Dartmouth. A couple of their graduate students came to Springfield a few nights a week to teach.

We also had a large interest in painting and drawing and woodworking. Most were evening classes but there were some in the afternoon.

My favorite part of this job was assisting the teachers with book selection, curriculum development and assessment. The narrative evaluations took time and were difficult for many to write…and then quite labori­ous for us to file.

The staff in each of these offices was small:  the office manager, curriculum coordinator and a student counselor. We all became quite close. The secretary at the Springfield Office, Sylvia Myers, supported stu­dents, teachers, and staff.  Her husband cleaned the office and since they had chickens kept us in eggs.

Our big break from the daily routine was our trips to Montpelier for meetings with the central office. Not only was it fun to have time away from the office but typically, Nancy Chard (Southeast Regional Coordina­tor) from the Brattleboro office, would drive. She would pick us up along the way north. Nancy was full of energy and kept us laughing in the best and worst of times. She worked hard to get the appropriate support for the Southeast. It was also fun to see in person the people with whom we would talk at the most once a day. These were the days of phones where long distance charges were steep so we had a running tally at the phone of our needs and to whom we wanted to speak. At the appointed time each day (as I recall around 4 pm), we would line up to talk about the various issues to the appropriate person in Montpelier.

Once again, CCV interceded in my life and career. I had taken several of the art courses while working there. I loved art and it was a great way to engage with the community, students and teachers. By chance one of the offerings in Springfield was a design course offered by Stephen Plunkard, a local landscape architect.

He was young, engaging, energetic and enthusiastic. In reality I had little idea exactly what design was but felt that it would be an area to explore. Stephen gave us some pretty interesting challenges i.e. design an island. After a few assignments, he said to me, “You missed your calling.” Well, by the end of the semester, I had to agree. This was far more exciting/interesting to me than any art classes ever was. I decided that I had to pursue this area of my education. I worked for another year at CCV while apply to graduate schools in design. I sold my house to pay for my education and took my two kids with me to North Carolina State where I eventually received my MFA in Graphic Design. This was the best decision of my life. I continue to design and teach design. I have been able to live all over the world as a design educator. This amazes me as much as anyone I meet, all a result of taking a course offered at CCV.

I could go on with all of the wonderful people with whom I worked, but I have difficulty remember their names. One colleague who continues to enrich my life is Bill Callahan who worked at the Brattleboro Office. He was such delight as a teacher and administrator and brought energy and charm to everything he did. Now retired and still living in Brattleboro, he reads extensively and writes with such wit.

Marilyn Jackson was a writer in the Bellows Falls office who helped with course descriptions and editing of the course offerings. She move on to Boston to work as an editor and continues to expand her quilting endeavors. 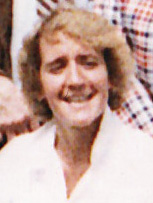 As an employee of CCV for twenty two years, I must say it was quite a ride. The best part was working with my first partner Kathi Rousselle. Kathi and I worked in a small office with plaid linoleum and liquid toner in the copier.  That was 1980.  We were so excited when we got a hand me down Selectric typewriter.  Now, we were high tech!  We worked hard and laughed a lot.  I recall years of working on the course list with Kathi, staying late to enter all the data, selling textbooks out of our office and putting together pot lock teacher orientations.   I feel fortunate to have seen the growth at CCV and continue to support CCV in the current work I do.   I met so many amazing people at CCV and still have a strong connection with the organization.  My work at CCV prepared me to continue to work in education with many students who are not able to succeed in the traditional manner.   I thank Tim Donovan for my career move and the rich experiences I have had since leaving CCV.   I could mention many people at CCV who I admire and respect but I think you know who you are.