St. Albans Academic Center’s Building/Space based on an Interview with Jim Warner as told to Maryellen Lowe, Assistant Registrar (ret’d) 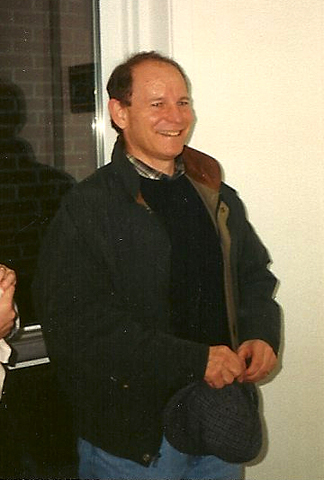 For many years one of the greatest problems CCV faced was issues with space.  When I first started as a CCV student in 1979 and as a staff member in 1981, CCV’s space left a great deal to be desired.  I first came to CCV when it was located in a storefront on Main Street in St. Albans.  Class in the building was held in a large open space to the right just after entering the building, where traffic was feet away from the class; a second space was similar but smaller further back in the building.  A third class at night was crammed into what was a daytime office.  The single actual “classroom” was small, cramped and had two unheated walls, which made for an arctic winter atmosphere from November to March.

The next building where CCV located was literally next door to the old one.  It had three actual classrooms…a definite step up.   However, one was relatively small, and the others were not by any means large.

Most classes were held off the premises in local high schools, elementary schools, church basements, and anywhere that could be found, including on occasion in a private home.  I had a class that latter way.  CCV desperately needed space.

It was Jim Warner, a local developer, who came to CCV’s rescue.  CCV originally came to Jim’s attention when, even before the two buildings mentioned above, Jim rented two 10 X 10 rooms to the college.

Later it came about that he and David Buchdahl, one of CCV’s academic coordinators who later became a regional director; our academic dean; then Director of Institutional Research and Planning (now retired), started to talk about CCV’s space.   This happened, at first, because David recognized the overwhelming need for new space.  Jim came on board.

As a result of further discussions with the college, Jim began to develop a property on South Main Street a few blocks from downtown with CCV in mind as tenant.  Andy Dufault, a local builder was chosen.  Soon a foundation was laid and a building began to take shape.   Consultations between college staff, Jim and Andy led to a space that was ideally suited to the college’s needs.  Excitement reigned as the building progressed.  It was one of the best days for the academic center, staff and students, when the new building was occupied.

This was an innovation for CCV.   At this time it was mandated by CCV’s charter that the college could not own any physical plant.  No academic center had ever had space which was specifically tailored to its needs.  The building was lovely; it gave the St. Albans Academic Center a true identity.  There was green space, lawn and trees, surrounding the building giving it a campus ambiance.  One phrase finally disappeared from students’ lexicon.  Before it was not unknown for a student to come and tell us, “I’m here to take a few classes then go on to a real college.”  With the new building that phrase disappeared.  We took on the ambiance of the real college that we were.

Another “gift” as a result of Jim’s effort was that for the first time over time, most of the classes could be held in our own space, and even occasionally in good weather on the lawn under the maples trees Jim planted to create a campus atmosphere.  The students were more than pleased.  Often our students had a poor (to say the least) experience in high school.  When they came to us and took a class, it was difficult when it turned out that that class was often held in the high school where they believed that they were failures and were so unhappy.  It now became easier for students to see and experience the college’s identity and their part in it.

Ultimately, the college bought the building.  This, too, was a first.  That initial charge in the charter stating the college could not own any physical plant was changed.  Since that time CCV has had other buildings both built and owned by the college, for example, in Winooski and the Upper Valley, and other space was built to our specifications and rented as in Rutland.

All of these were great changes and of vast importance.  Jim Warner was both a trend setter and a boon to the college.  It may have been a mutually beneficial business relationship, but it paved the way for a great change in CCV’s operations and outlook and view of itself.

For all of the above, Jim is an important person to CCV.  While all this may have happened in any case, that it happened when and how it did is in large part thanks to Jim.  He is definitely an important person in the history of the St. Albans Academic Center.  This includes myriad small ways in addition to providing new space.  Jim always made a contribution to a fund that assisted students in need.  It was not uncommon to find a bushel basket of apples and/or cider for the student lounge in the fall from him and homemade candy for staff from his wife, Ginette for Christmas.  It was also not uncommon in the spring to see Jim in the parking lot sweeping up the grit that was laid for traction over the ice in the winter.  How many landlords do that?  I am also sure that this last paragraph will embarrass him, but it deserves to be said.