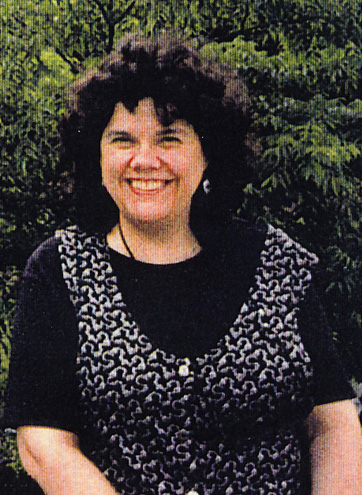 During the summer of 1991, I began my first class at CCV in Montpelier and it was a Microcomputer Applications course.    At that time CCV was located above what was known as the Lobster Pot restaurant (now known as Chef’s Table).  There were two students to a computer so we had to share and take our turns.  During the week, I would come into the center and do my homework and a kind man with a beard would appear and go into an office whose entrance was through the computer room.  He would sometimes come out and wander through the room and ask how things were going.  Since our text had some errors, I would ask him a question or two and he would give me some assistance.

The environment was always very friendly and folks seemed great.  When I found out that CCV gave out a student card for local discounts, I ventured into the front office and asked for a card.  Because I have such a difficult name, my card had to be typed more than once for corrections.  During my first semester, I noticed that an opening had come up in the front office and I decided to apply because I felt really comfortable in my new surroundings.  Somehow I got an interview even though over 80 applicants applied.  They remembered me from the class and from having my card done over.

I interviewed with each coordinator separately in their offices after meeting with the office manager and was then asked to take a typing test on a typewriter.  I was a little nervous about this because I had injured my right wrist a few days earlier.  Unknown to the CCV staff, I had gone to the hospital earlier and was told that I had to have a cast put on my right arm.  I took the typing test and then proceeded back to the hospital for my cast.  The next day I was offered a position as a Secretary Receptionist and began my position a week later.  I then came to find out three weeks after I began work that the nice man who helped me with my homework was really the Regional Director and new boss, Tim Donovan and not just some computer person.

The first week of work was spent reading manuals which I ended up taking home as we were also in registration mode.  After a few days, I remember speaking to the manager and saying I did not think I could do the job and remember everything I had read.  Joyce Prosser, the office manager, was really upset because she did not realize I had actually read everything.  Speaking of registration, it was interesting and unusual.

We did registration by hand, no computers.  We had lined cards where the course name, name and instructor were listed.  I entered the student name on the card in pencil if they registered but did not pay and switched to pen if payment received.  Registration forms were in triplicate on NCR paper and we kept a copy, one went to the student and another to the business office.  If the student did not pay or switched we erased or did white out on the card.  Textbooks were sold on a Saturday and we stocked shelves and mailed them back if the course was cancelled or extra books.

Classes were held in Montpelier High School, Spaulding, U32, Bethany Church, Kellogg Library, NECI, National Life or anywhere we could find space.  If the schools cancelled due to weather or other instances, we were locked out.  There were times nobody notified us for early closings and students arrived to a locked building.  There was no food or drink allowed in our rental spaces, and AV equipment was not always available.  I took one class at Bethany Church was our accounting instructor, Valerie Edwards, taught from the pulpit.  If students were taking three or four courses, they could be taking each class from a different location.

Course and student evaluations were in triplicate forms, NCR, paper and were done on the one computer and printer.  We would place the NCR paper in the printer and one of us would have to fold the paper as it came off the printer.  If it became off track or was a problem, we would have to start from the beginning.  Our computer program at that point was done on Word Star.  This was an all day procedure for printing, tearing each form, sorting and giving to faculty.  At that time, students did student evaluations on what they had learned and their comments in the course in pen.  Faculty did their piece in pen and turned into the advisor who read all of them.  After they were read, the office had to tear them into their piles, copy for mailing to student, student file, and business office.

Telephone lines were interesting.  We had what we called “tin lines” to call other centers.  It was a phone call with delayed speech and we were always interrupting each other.  The good part was that it was only four numbers to remember.  I believe this kept calling to a minimum on time spent speaking to one another.  This was a free service.

In the early 1990s, we used typewriters to sent out cards as reminders.  You programmed a message onto the typewriter and spent part of the day, hitting a key and it would type the message.  It was very monotonous but it worked and you did not have to constantly type.

We were also strong in those days as we carried new loads of computers off the back of a truck and hauled them up stairs.  No indoor service in those days.

Around 1993 or 1994, we moved to a new location which was on the Vermont College of Norwich University and had housed the schooling for military cadets.  It was new space with lots of classrooms.  The interesting part was our move to our new spot.   Eric Sakai had a chain saw and cut bookcases from the walls of our old space and we hauled to our new building.  This is when I began my role as an Office Manager.  We had a week to adjust to our new space and begin registration and get everything unpacked.  Money was really tight and we had one fan for the building and it was placed by our copier.  We had two TV’s which we carried up and down the stairs as there was not elevator and no funds to purchase anything else.  Our desks were ones were folks had to slip into and we had some with desks and chairs.