July 18, 1983 was my first day of work at CCV as Site Services Coordinator.   Michael Sawdey, the regional director welcomed me and gave me a short version of what the 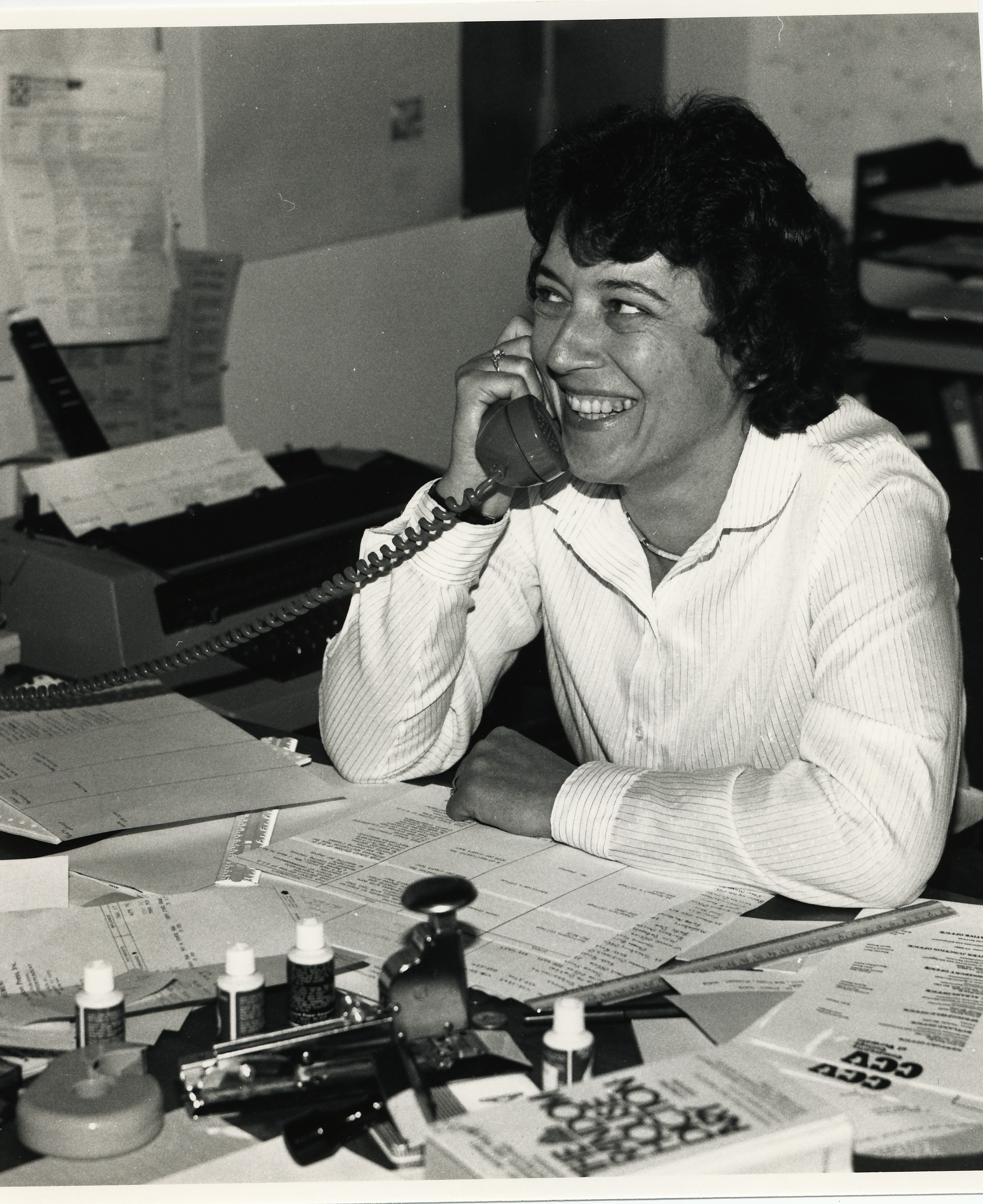 daily routine would be like.  Michael had typed the procedures on legal sized paper.  One of the procedures was telephone protocol which was very precise and very helpful.  It stressed the importance of saying, “Community College of Vermont”, instead of “CCV” when answering the telephone.   During my 20 years at CCV, I often referred back to those instructions and I used them when training new employees.  After my fifteen minute training Michael left the office to attend a meeting in our Waterbury office and I was on my own.   I sat at my desk and thought, “what am I doing here?” and then, “what do I do now?”

The CCV Chittenden county office was located in the Chace Mill in Burlington by the Winooski River.  The office was dark and musty smelling.  The entryway had a desk and some filing cabinets, my area, and there was one small room which was used as conference room and/or classroom.  Michael’s work area was somewhere in the back and there was an office for the Coordinator of Academic Services, Mica DeAngelis.  Mica taught off-site several mornings a week and was not there my first morning.

After a while the phone rang.  I picked it up and out of habit I answered it by saying, “Georgia School”, my former workplace, instead of “Community College of Vermont”.  During the morning the phone rang occasionally and a few people came in to ask questions.  I could not answer any of their questions so I wrote down their telephone numbers and told them that I would call them back with an answer.  Towards late morning I had to go to the bathroom and I had no idea where it was or if I could even leave the office.  Across the hall was a lawyers’ office and I had noticed through the glass in our entry door that their door to the office was open.  I decided to ask the secretary there where the bathroom was.  She was very helpful and told me where it was and offered to watch my office in the meantime.  From then on she watched my office when I had to step out.

Around noon Mica came in. What a relief!  She had been at CCV since January when CCV first started a site in Chittenden County.   Mica showed me around and introduced me to the Zenith Silent 700 computer so that I could read the Waterbury mail.   We had to dial a Waterbury number on our telephone and once the connection was made we put the handset on the computer, typed in our site name and number and the latest Waterbury announcements would print out on thermal paper.  The system did not always work and could be very frustrating.

In the afternoon Gary Steller’s Dimensions of Learning class met in the small classroom in the office.   I met my first CCV instructor and some of the students.    Things were looking up; that’s what I was there for.