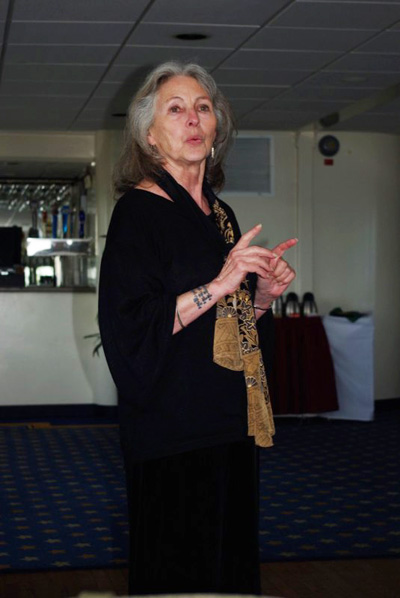 Thank you for this opportunity to reminisce on my wonderful years at CCV. When I came to Vermont in 1975 to design and set up the Assessment of Prior Learning Program, the first thing I realized was that the mountains, rivers and weather often separated the students from one  end of the State to the other. Peter Smith wisely had made CCV a locally based institution and I followed his model with the APL program and the External Degree Program.

When I became the President of CCV in 1979 I quickly realized there were some short-comings in the state-wide model. One of the first we had to overcome was a way to assure that students from Brattleboro to St. Albans were getting the equivalent learning in the same classes. For example, English 101 was essentially the same regardless of location. I knew that the New England Association, our accrediting body, would insist on this. The staff was not thrilled to say the least! They wanted to keep things responsive to the local students’ needs. So we had to do some serious soul searching about students’ needs in Vermont. I pushed very hard to convince the staff that we had to have courses with traditional credit hours and grades so our graduates could move on to receive advanced degrees. I knew that Vermont had many people cut off from attending on-campus degree granting institutions due to family obligations and a variety of other circumstances and that CCV could really fill an important need.  Classes that were consistent and for credits while delivered close to home was what I saw as the real need. I wasn’t sure the staff entirely agreed with this more traditional approach, but at that time our funding was hanging on by a thread so they went along with my ideas. The important thing for all of us was keeping people in the local centers to hold each student’s hand and walk them through the registration and degree requirements. For many older students even the idea of attending “college” is very frightening. In this way we kept the local, student-centered support system in place while we bit off the task of making CCV’s teaching and learning more traditional. The new direction was not easy. Teachers and staff had to do a big turn around for which they deserve great kudos. Many are still there and others have retired but all should be praised for their commitment to the College through those tough times. Some thought I was the devil who was going to destroy the College and others thought I was its savior. The truth is that I was very fortunate to have had the opportunity to contribute to a wonderful institution.

I am very grateful for the support I received from the Board of Trustees for my changes and for their continued support of CCV. It made my heart sing when I attended the opening of the Winooski Center. I knew that CCV was a dream come true and here to stay.