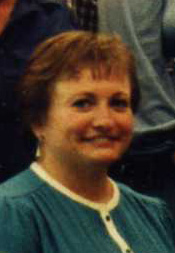 One day I was advising a woman student who was in her mid-thirties.  She was talking about her classes and we were looking at developing her degree plan. She had completed Dimensions of Learning with Joan Kaye (retired Coordinator of Instruction and Advisement, St. Albans) the previous semester.  As she reflected on the class, she talked about the novel, 1984 .  She hated the book she said, “but then you know, I realized that I was living with my head in the sand, and pulling it out was hard, but I never want to put it back into the sand.”  Her statement and voice have stayed with me for years as it encapsulated what was happening to our students in Dimensions and other classes every day.  For many students, attending CCV gave them the academic tools and knowledge that they had been denied previously.

Another student took a math class, which most students feared and reported how much she loved it.  Her instructor told her that she could excel in math.  She recounted how in the local high school she had been tracked to business classes and not allowed to take college courses because her name was French and French students didn’t go to college.  Lamoille County had many French families and most of the children didn’t finish high school in the ‘50s and ‘60s as they worked on family farms or went to work.  This student had finished high school, but then went to work to help her family but was able to hold to a dream to attend college until she got to CCV in the 1980s.