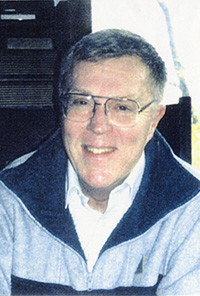 I was hired in early 1989 by Brent Sargent in the Office of External Programs.   As I recall in those early days, Beth Chiquoine, Judy Fitch and Steve Gerard were the mainstays with Laura Lind-Blum coming along shortly after.   At the time, OEP hosted the Training Opportunities Program (TOP) and  Assessment of Prior Learning (APL).

My position was Grant funded under a U.S. Dept of Education program called School, Colleges & Universities Program (SCUP).   The challenge was to create a dropout prevention program for at risk 9th & 10th grade high school students that included a summer camp component.   Rebecca Kaiser assisted me with this effort as we created the Vermont Partners in Education Program (VPIE).   For several years I ran a VPIE1 license plate on my old Volvo and recall certain parties at IBM a little miffed at our choice of moniker since they had their own “PIE” program (unbeknownst to us at the time of our naming).  While the program met most objectives, we were not able to achieve self funding and it morphed to the Vermont Education Partnership Program (VEPP).

In order to meet a new federal mandate for commercial drivers,  I was assigned to develop a  statewide training program for all drivers who needed or already had a commercial driver’s license.  We developed curricula,  hired experienced commercial drivers from all over the State, trained them as instructors and then set up workshops Statewide.  The program was completed in 19 months with over  5000 drivers passing the required examination.  Then came an assignment  monitoring Vermont’s GED and Adult Diploma programs after the results of a financial audit suggested that someone outside the Vermont Department of Education temporarily administer the programs.  Claire Daniels and Jessie Baker provided invaluable assistance in that task.

Several of us, now in Training Support Services (TSS), completed Zenger Miller instructor training and together we attempted to provide employee development workshops to various Vermont Businesses in the late 1990s.  Unfortunately, the CCV administration at the time concluded that we needed to bring in more $$ in order for this to be a cost effective effort.  In the end, TOP (or TSS) was essentially gutted and I moved on to a roughly 6 year stint in the CCV financial aid world.  In that effort, I survived Anne Dodge’s concept of ” Pile Management” — that being multiple stacks of financial aid applications that covered every level surface in her office including the floor and Maria Calamia’s Satisfactory Academic Progress (SAP) chaos which only she could decipher.

To break some of the tedious nature of FA work, I created the fictitious position of CCV Athletic Director which was wholly supported by then President Tim Donovan.  On retirement in 2006, Pam Chisholm presented me with a baseball cap with a CCV AD logo which I wear proudly to this day.