There were no computers.  There were also no deans, no financial aid counselors, and no site office managers.  It was 1983, and I was starting a new job as a Coordinator of Instruction and Advisement (yes, CIA) in St. Albans.  Like all ten other CCV sites (Rutland hadn’t opened yet and Winooski was brand new), we had a secretary (the now legendary Maryellen Lowe) and two other coordinators who taught me everything I needed to know about my new job – Pixley Tyler Hill who was the first coordinator hired in St. Albans and Joan Kaye, one of five Student Service Coordinators hired to teach the first Dimensions of Learning classes which had been created just a couple of years earlier as a special course for CCV’s adult students, then about 90% of our student population.  Plato’s “Republic” was already part of the standard reading in Dimensions, and Joan’s classroom, a dark-paneled windowless room in the back of our site was aptly called “the cave”.    It was one of two classrooms in the site — the other an open space, also with no windows, was where we taught Degree Planning Seminar, a one-credit course where students were asked to demonstrate how their CCV learning contributed to competence in ten different areas, including self-awareness, mechanical competence, and moral 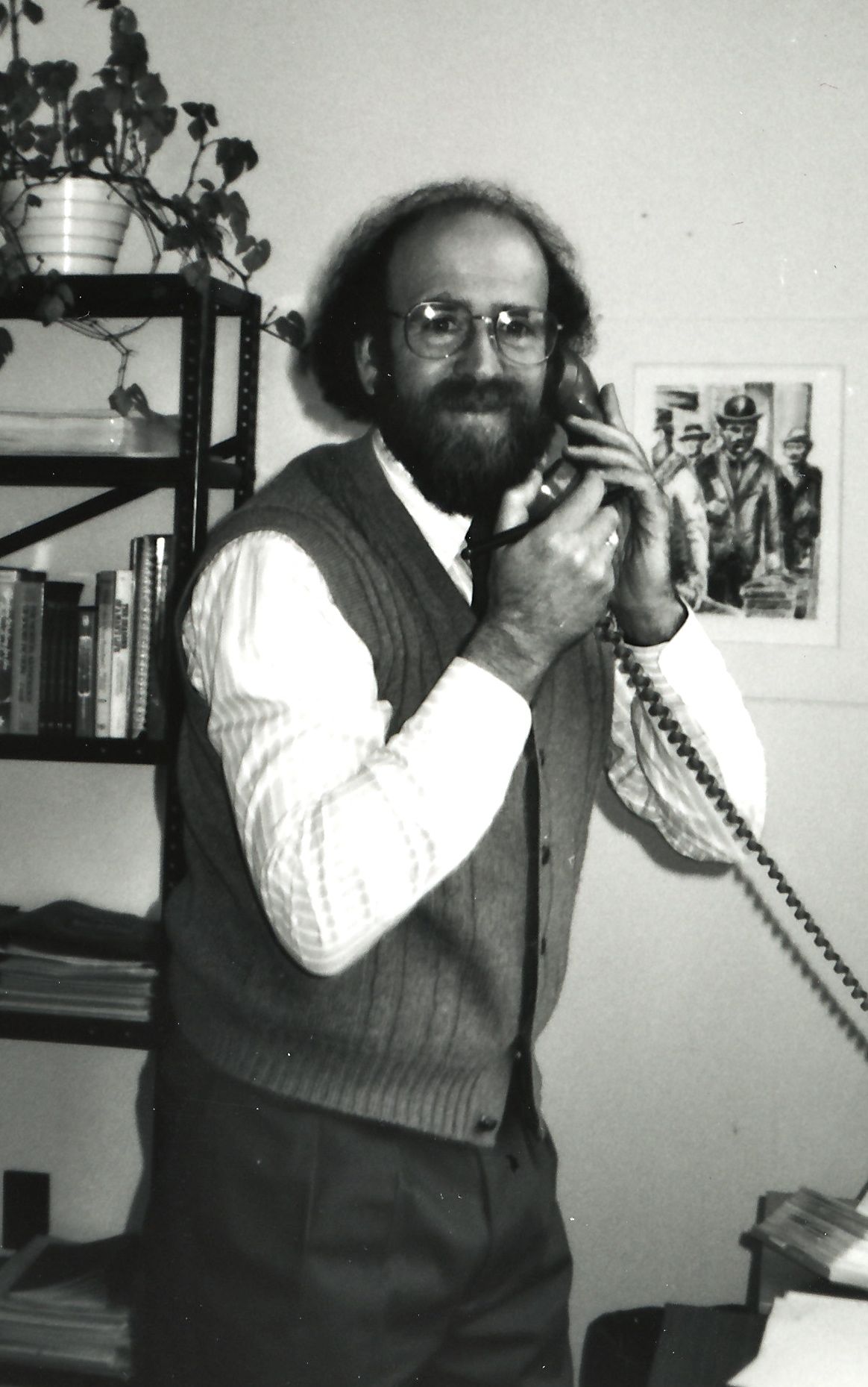 reasoning.  Ah, those were the days!

The site itself had most recently been a women’s clothing store, so the only windows were in the large lobby, formerly the “showroom.”  My office, separated from Pixley’s by pieces of particle board nailed to 2-by-4s, had been a changing room.  It was four by six, and it was there, that I began to learn how much students needed and desired what CCV had to offer – local, affordable, accessible higher education.  We take it for granted now, then it still seemed like a miracle!

It was a simpler organization in those days.  As I said, no computers and many fewer positions than exist today.  Sites had a secretary and one, two or three coordinators, and there were about a dozen other people who worked in the central office on the second floor of a bank building in Montpelier before we moved to Wasson Hall in Waterbury where we stayed for nearly 30 years.   When we registered someone, we filled in the information on those old multipage carbon forms – with a white one for the student’s file, a green one for the business office, a yellow for financial aid, orange for the registrar and pink for the student.   If you could remember which color went where, you were qualified to be a coordinator!  We coordinators wrote down the cost of all the courses – about $30 per course, added the $10 registration fee and told the student to go pay at the front desk.   I’m sure there was financial aid available, but I have no recollection of how students went about getting it.   Seemed to me most students scraped together the $50-$100 they needed for the semester, but no doubt my memory is faulty.  My first week on the job (January during registration – yes, the practice of CCV starting new employees during registration is an old one) – I got caught in a snow bank delivering course lists to stores up and down Routet 7 from Milton to Swanton and back to St. Albans.  I don’t think we mailed course lists in those days – it seemed easier to have new employees who didn’t know how to do anything else go and deliver them.  And I got to sell books, too.  I drove down to Milton High School where we offered some of our classes. (There were almost no classrooms in CCV buildings in those days.  We thought it was a virtue to save taxpayers and the state of Vermont money by utilizing public school classrooms in the evening when they were not in use.  It severely limited our ability to offer daytime classes, but that didn’t seem like a problem at the time, and there was nothing we could do about it anyway. )  So I sat in the lobby of Milton HS with boxes of books that I lugged in from my car, and as students came in looking for their class I intercepted them, told them I could sell them the books they needed and where there classroom was.  It all seemed to work fine, except when I couldn’t make change.   Then I’d arrange to meet the students during their first break, having run in the meantime to the closest convenience store to get the change I needed.  Nothing to it.

Among my most enjoyable memories from my earliest days at CCV were regional coordinator meetings, when coordinators from the northern region or the southern region would get together to discuss a variety of issues.  Remember there were no computers, so no e-mail, and no way to easily transmit information unless you wanted to rely on the US mail, which of course required that someone laboriously type a document, and have copies made and mailed to a site, where a circulation tab could be attached to it and then handed to the first person expected to read it and so on until it was read by everyone in the office.  As you can imagine, not much mail ever got sent.  So the way we were kept up on the things was to attend a regional meeting once a month where we would sit around a table and hear from our regional director about whatever we needed to know.  And because some of us were driving considerable distances to attend the meetings, they tended to last all day – beginning around 9:00 and ending around 3:00.

The atmosphere of those regional meetings when the college was still young and restless was an odd mixture of encounter sessions, laugh-ins and deep seriousness.  Most of us coordinators were relatively new to our jobs (the longest-serving was Kathi Rousselle who had started the CCV site in Newport in 1975) and we all had a very real sense that we were making everything up as we went along.  So we argued about everything, laughed constantly, trusted that we couldn’t fail, and had a sense of ourselves as continuing the revolution of the Sixties in the hills of Vermont.  We were the rebels tunneling under the walls and into the halls of the higher education establishment, filled with the promise of educating all the Ritas of the world for whom CCV offered liberation and enlightenment – out of the caves of illusion into the light of knowledge.  Ah, what a glorious mission we shared!  And if we had to drive through blizzards to attend these regional meetings, well, all the better to prove ourselves worthy of our great and noble cause. We’d stumble into the back rooms of local restaurants, shake off the snow, pull off our boots, and take up the business of creating a college that could change the world.   We would talk and talk and talk and then drive home still absorbed in the ongoing topics of conversation   There were no computers.