Dimensions of Learning at CCV – the Early Days

Organizational growth runs an arc from chaos to consolidation to Concretization.  Innovation, whether good or bad, is most possible in the span between chaos and consolidation.  After that, organizational change will be slow, incremental, usually modest, and will take place within the hard confines of ornate regulation, rote practice, and vigilantly guarded turfdoms. 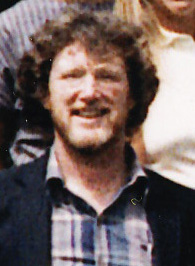 In this brief essay I’ll describe the beginning of the special services program, Dimensions of Learning.  This essay supplements a longer paper,

I came on board CCV in 1980, ten years after its founding.  The needle was perhaps a third of the way from chaos to consolidation.  There were three regions, eight storefront sites, fewer than 2,000 students, and a full time staff you could fit comfortably into several VW buses.  Each site created its own courses and had its own catalogue.  The frontline staff members at a site were called coordinators of instruction and advisement, “CIAs,” an odd acronym for an institution founded in the full anti-establishment ethos of the 1960’s.  Our president, Myrna Miller, in heels and rustling silks, moved among us like a monarch.

Myrna temperamentally understood the potentials of chaos; she also understood the need to move toward consolidation, thus deftly joining the two.  Myrna’s instincts were to decide and to act; she had limited patience for prolonged deliberation.  She once said, after hiring me as the first director of special services, “Roger, if you come to me for advice about something, I’ll make a decision.  Just so you’re aware.”  A month or two later I went to Myrna to brief her on the development of our new program.  She listened carefully for ten minutes while I told her about a multi-dimensional learning and support program for “disadvantaged” students.  “What are you going to call it?” she asked.

That was small potatoes.  The potential I think Myrna saw in an organization not far from baseline chaos was that a chief executive, with little to hold her back, could make big dramatic decisions all on her own.  One came at a college retreat in the early 1980’s.  In the evening, after dinner, Myrna stood before the entire college and announced – proclaimed – that we would have centrally-approved college-wide courses, with course numbers, in a single college-wide course catalogue.  No more freelance courses at individual sites, no more let’s-make-it-up-as-we-go experiments, no more wouldn’t-it-be-cool-if offerings.

As far as I know, Myrna hadn’t shopped this idea around, hadn’t consulted important constituencies and “stakeholders” (why does this word always make me see vampire slayers in a forest at midnight?), hadn’t worked behind the scenes to disarm opponents.  None of that.

I was pretty new and the reaction in the crowd floored me.  People leapt from their seats.  “No!  No!” they hooted.  “You can’t do that!”  People threatened to resign.  (Several actually did.)  “You’re destroying the college!”  “Myrna, you should quit!”

And it did.  The college swerved onto the road of legitimacy – and convention.

Another big Myrna decision was to imprint a particular theory of learning on the entire college.  Most of our students were “adult” learners, twenty-five and older.  Most were women.  Myrna believed the findings and theories of adult development were especially relevant to the work of the college and she therefore arranged for all the full time staff to take a three-credit course in the subject.  Joanna Noel and Larry Daloz taught the course.  The centerpiece was William Perry’s scheme of intellectual and ethical development.  Perry’s idea, based on research with Harvard undergraduates, is that students move from a simplistic, black and white, right vs. wrong understanding of the world, a position Perry calls Dualism, through the confusions of Multiplicity, an intellectual and ethical region where everyone’s right, no one wrong, to Contextual Relativism where evidence, logic, and analysis within specific contexts can sort out sound conclusions and make reasoned ethical choices.

For Perry, the progress along this continuum was impelled by challenge, and took place in the context of a residential college: “The first challenge often comes from peers, and especially in the dorm,” he writes.

The question that Myrna put to us was: how can we pose this challenge in a non-residential college to adult students?  In developing Dimensions, our original team of special services coordinators – Joan Kaye, Leonard Foote, and Elliot Kaplan (Elliot moved on after a year and was replaced by Bill Callahan) – took up this challenge.

The Dimensions program was funded by a federal TRIO grant.  Dick Eisele wrote the original grant.  The program Dick devised centered around “cluster groups” of students; it was unclear what these “cluster groups” would do.  I don’t have much tolerance (or understanding) of “process,” of T-groups and D-groups yakking away about inward-looking concerns.  I’m much more confident with content, substantial content.  So early on I decided the “cluster groups” would be a sequence of three credit courses with diverse content.

One of the first places I visited after being hired was the Dartmouth College bookstore.  I asked to see the reading list for Freshman English.  (This was way before such information was posted on-line.)  The list included a collection of American short stories; Diaries of Women, edited by Mary Jane Moffat and Charlotte Painter; and Orwell’s Nineteen Eighty-four.  We added Plato’s “Allegory of the Cave” and these became Dimensions’ texts.

I was a child of the 1960’s.  Like the rest of the special services team, I was an egalitarian; I believed people were differentiated from one another by social and economic class, and by race, not by inherent intelligence.  In high school I hung out with the few kids who didn’t go to college, the ones who worked on cars and went in the Marines, whose parents were called “low income.”  I knew these kids were as smart as the sons and daughters of our town’s lawyers and ad men and docs and execs.  Then at Rutgers I fell in with a leftie crowd, red diaper babies, and they articulated the reasons and theories behind my feelings about my high school friends.

So yes, our disadvantaged students would read the same stuff Dartmouth students read.

I learned a lesson from Myrna early on.  I could decide more or less on my own what overall shape Dimensions would take; my team played the invaluable role of bringing these ideas to life.  That’s the reason for this brief excursion into biography.

If our students read what Dartmouth freshman read, we would have to teach differently because, despite our egalitarian sentiments, CCV students were not, by and large, as well prepared for college as Dartmouth undergraduates.  The techniques we devised and used are detailed in “Dimensions of Learning at Community College of Vermont.”  In brief, we proceeded very carefully through a text, making sure our students understood what they were reading, how and if the material applied to them and their world, if there were larger metaphoric meanings in the text, and the like.  These careful, close reading excursions into challenging materials were designed to achieve several results.  First, by learning to understand and interact with “college-level” materials, students, many of whom told us they were “not that smart” (a heartbreaking phrase we heard often) developed a sense of academic self-worth.  Second, the study of these materials was also meant to challenge students in a Perry-like way, to impel intellectual growth.

I was also determined that Dimensions would award college credit, that is, it would not be stigmatized as a remedial “bonehead” course.  Myrna agreed and made that decision – again, as far as I know, entirely on her own authority.

The special services team spent the fall of 1980 developing Dimensions, and in the spring launched it statewide.  The special services coordinators taught three or four sections each (I can’t remember which); I taught two.  We were also advisors to our students.  For each class I prepared a detailed, minute-by-minute lesson plan, and mailed copies to the coordinators.  I recall Nancy Chard, southern regional director, snorting contemptuously at these plans.  Yes, I was a control freak; the point, of course, was that we were teaching in a new way, thus the detailed plans.

As we developed Dimensions in the fall, I visited each site to brief CIA’s on the program and to solicit their feedback.  A few seemed skeptical but nearly all welcomed the new program.  There was almost no resistance to its implementation.  Again, I attribute this welcoming attitude and lack of resistance to the very fluid state of the College at the time – a third of the way from chaos to consolidation.  The great organizational irony, of course, is that the programs we added and the decisions we made with such ease moved the College toward a place where it was no longer easy to do new things.  For good or ill.

The grant required we collect data on student progress, persistence, and dropout rates.  Was Dimensions working?  We did collect this data and tabulated it, all by hand.  Our research was continued in more sophisticated and accurate ways over the years and decades.  It’s now clear that students who take Dimensions persist in their college educations at significantly higher rates than students who don’t.  I think you can say, therefore, that the assumptions we made initially – those wild, idealistic notions that flourished in the 1960’s – were true.

After Dick, I wrote two more special services grants incorporating our ideas and Dimensions.  Both were successful.  I then moved on to direct the Adult Degree Program at Norwich University.  Over the years, truthfully, I’ve had a lot of second and third thoughts about leaving CCV.  I now teach part-time at the College and feel really at home, once again.

During my seven years at the College I had four offices: over the Howard Bank (now TDBank) in Montpelier, over Lash Furniture and under Pro’s Gym in Barre, at 5 State Street in Montpelier, and finally over Montpelier’s Lobster Pot.  You were either over or under something in those storefront days.  In Barre, Lash Furniture had an antique rug-cutting machine that growled and shook while up above at Pro’s Gym weightlifters groaned and grunted in an almost sexual way before dropping three hundred pound barbells on your classroom ceiling.  When the Lobster Pot closed for two weeks in the summer the cockroaches deserted the kitchen and came up in crowds after our brown bag lunches but, like a lot of other obstacles in the early days, we beat them back.